A nice fork of our site : 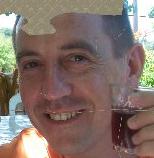 born in late 1965 in Brittany, France, computer enthusiast for a good bunch of years, I approached the subject with a Philips videopac with 99 instructions in hexadecimal and then I went to ZX81 (an awesome little computer) and I finaly went to the PC, which I never left. After having hacked in BASIC language like everyone else at this time, I wrote some Z80 assembler routines and long listings of 8086/8088 codes (window graphics manager – on my Hercules card, with graphic mode management of a font – that of the Turbo Pascal, never completed but functional) on my first PC XT (in 1986), then I flew (without deepening) Pascal and C. Today I don’t write anymore (but I always make mistakes spelling).

My experience with operating systems was under DOS, then under Windows, eventually moving to GNU/Linux in 2003 (Debian, after a short period under Linux Mandrake) that fits my expectations, and that I will not trade for anything in the world (not even for 2 barrels of washing powder).

born in May 2002 near Cherbourg, Normandy, passionate about video games, he tested a good part (30%?) of the games of The Linux Games Book. He has already contributed to writing a few dozen tests and provided many tips.
Young man, always in a good mood and a good gamer.
Mr. Louis is less active today, he has indeed moved to the slightly obscure side (translate: under Windows) – originally not to be ignorant and to pick up what is being done today, especially in the world of work, but he continues in parallel to play on Linux (on one of our PCs, when not at his mother’s home).

He opened his Youtube channel in April 2016 on which he talks … of games :). For now they are Let’s Play on PC games he likes. I suggested he talk too – if he can and does want to, of games with a Linux version. Normally it should come soon. To make him a little ad, I also created a Youtube channel with a subscription to his site :)

He worked on an old version of the site.

Corrector of a large number of entries during a few weeks, it’s been a long time since he came to correct our bugs. He also added some entries.

We owe him the addition / modification of a dozen entries.

We owe him interviews that made us better known (and a lot of encouragement for me).

They are listed in the Linux Games Book

You too can contribute if you wish :

We have made The Linux Games Book even more free (it is now under CC-BY license).

The offer in Linux games is now plethoric and a bilingual (French / English) catalog of Linux games is a useful tool for all.
It can be a promotional tool for the free, for some developers, which does not limit itself to the flagship titles.

If the tool (a Tellico file) is not to everyone’s taste, this format proved its effectiveness for the speed of creation of the entries and its ergonomics, and there are gateways for the creation of HTML pages.
You can contribute by creating new entries or sending us information, but you can also help by contributing with your technical skills.
Other tools could also be developed to further improve the situation: an XML export file to improve the appearance of HTML pages extracted from Tellico, a gateway allowing other input formats for refractories to Tellico, a new theme for this site, …

If you have ideas, wishes (but not necessarily) and / or if you have some time and the will to make things progress (especially), do not hesitate to contact us.

Follow our News on : mastodon, using TheDesk or Tootle! (on Debian) (mastodon is a kind of free Twitter)